by NewsReporter
in Hawaii Travel 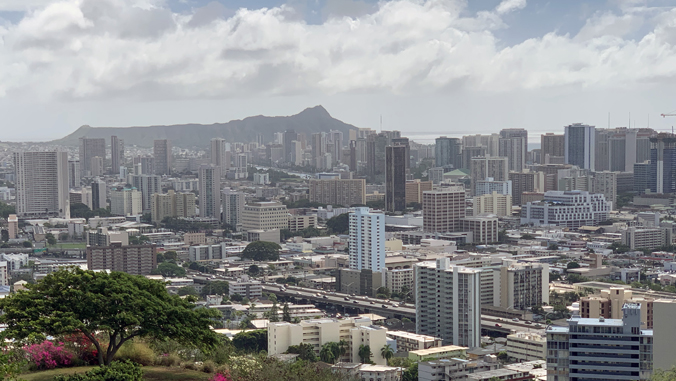 Helping more young Hawaiʻi professionals find affordable workforce housing is the goal of a movement led by a University of Hawaiʻi at Mānoa alumnus. Sterling Higa co-founded and serves as executive director of Housing Hawaiʻi’s Future, a nonprofit which seeks to create opportunities for Hawaiʻi’s Generation Z and Millennials.

“The overall goal is to end the workforce housing shortage and the way that we want to achieve that is by educating and organizing students and young professionals, providing them with the skills and knowledge that they need for effective civic engagement,” Higa said. “…The leadership is not going to come from the people in power now. It’s up to the future generations to take charge and steer Hawaiʻi in the direction we’d like to see it moving.”

“Since graduation I’ve watched my classmates leave Hawaiʻi to pursue opportunities elsewhere, in part because the cost of housing is so high,” Higa said. “…Sustainable means to me that our children and grandchildren can afford to stay. In order to create that sustainable Hawaiʻi, young leaders, students, and young professionals need to take action today.”

Higa plans to reach out to all 10 campuses in the UH System, and is targeting students who have led other movements for social change, such as the civil rights movement and the environmental movement.

“We plan to work with student governments at the UH System campuses, the RIOs (registered independent organizations) and professors to reach students,” Higa said. “Ideally we want to see UH Mānoa students and students across the University of Hawaiʻi System serve as community leaders and advocates for workforce housing. On campus, we are happy to host informational sessions and also have talk story and brainstorming sessions.”

Higa added, “We want to make sure that the interests of what students are facing are represented in the conversation around housing.”

Higa credited his time in the communicology and English departments with developing his communication skills, saying, “I feel equipped to write and to speak and advocate for the causes that I believe in.”

In addition, Higa was part of a nationally ranked debate team, housed in UH Mānoa’s Department of Communicology.

“At UH, I competed on the British Parliamentary debate team and got to travel the country, travel the world, meeting articulate and passionate people from other universities and practicing the advocacy skills with them in the format of debate,” he said.

Higa’s work is an example of UH Mānoa’s goals of Enhancing Student Success (PDF) and Building a Sustainable and Resilient Campus Environment: Within the Global Sustainability and Climate Resilience Movement (PDF), two of four goals identified in the 2015–25 Strategic Plan (PDF), updated in December 2020.