by NewsReporter
in Honolulu

Honolulu rail officials have identified yet another worrisome flaw in the track crossings along the transit line’s western half: The space between the rails at those checkpoints are too slim, leading to potential safety hazards if they’re not fixed.

However, a situation in which the track width is too slim and their space tolerances too tight could potentially cause a derailment in a worst-case scenario, she said. 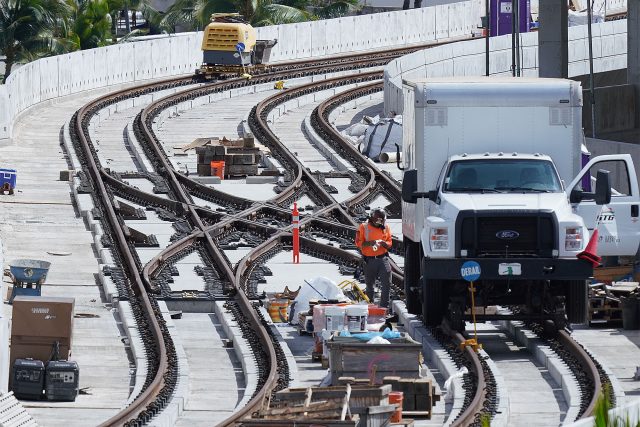 Kahikina and another top HART official, Project Director Nathaniel “Nate” Meddings, expressed some optimism at Friday’s board meeting that the solution to this latest issue with the track crossings, often called “frogs” in the rail industry, could be relatively quick and inexpensive. The fix might be as simple as re-bolting the tracks at the proper width, they said.

Nonetheless, the track gauge issue marks the second major flaw at those west-side crossings that HART has disclosed in the past year, raising questions about their design as the rail agency struggles to make all the basic components fit and work together.

Last year, the rail agency disclosed that the driverless trains’ wheels were too narrow to safely navigate through the frogs at the speeds needed to run the transit system. They intend to solve that problem in the coming weeks by installing temporary welding while gradually replacing the trains’ wheels with wider models. (HART and the wheels’ manufacturer, Hitachi Rail, remain at odds over who should cover those costs.)

On Friday Kahikina said that she does not intend to leave an operations and maintenance “nightmare” for the city once it assumes control of the finished portions of the rail line. 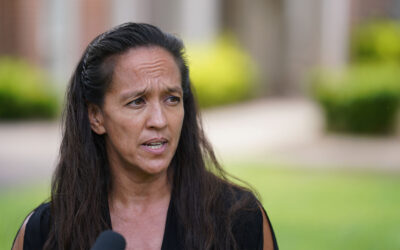 HART CEO Lori Kahikina on the latest frog problems: “I know this is a lot to take in.” Cory Lum/Civil Beat

She was unavailable to address follow-up questions about the track gauge on Friday after the meeting, according to Kevin Whitton, a HART spokesman with Pang Communications.

During the meeting, Kahikina told board members that the tracks in question were installed in 2015. HART aims to determine what initially caused the problem and why the agency’s quality-inspection staff missed it, she added.

The local rail agency first learned there might be an additional frog problem concerning track gauge after one of its recently hired consultants, TTCI, noticed “anomalies” in December, Kahikina said. TTCI then confirmed the problem in mid-January.

Those points are where the driverless trains can switch between the elevated pathway’s two tracks when it’s needed. On Friday, Kahikina said it would be rare for the rail system to need to use them, and that when it does the trains would reduce speed to around 20 mph as they pass through.

There’s currently less than an eighth of an inch of tolerance at the five affected double crossovers, according to Kahikina.

“That gauge is too tight,” Kahikina said.

On Friday, Kahikina stressed that despite the latest snafu HART’s goal remains getting the rail line ready for passenger service between East Kapolei and Aloha Stadium. She’s previously said that she hopes to have that ready sometime this year.

The system must undergo rigorous testing first, and “catching this issue now ensures that the rail system will be operating at peak performance before we enter the 90-day Trial Running phase of testing,” Kahikina said in an emailed statement Friday.

City Transportation Services Director Roger Morton, who sits on the HART board and whose agency will take control of rail operations, said Friday that “we need to get it right for the long term, as well.”