The class of 2025 are the go-getters. The ones who did not let a pandemic derail their plans. The students who arrived this fall ready to jump in, be flexible, and learn. They came to CU Pharmacy from eight countries, sixteen states, and one U.S. territory. They came to thrive. 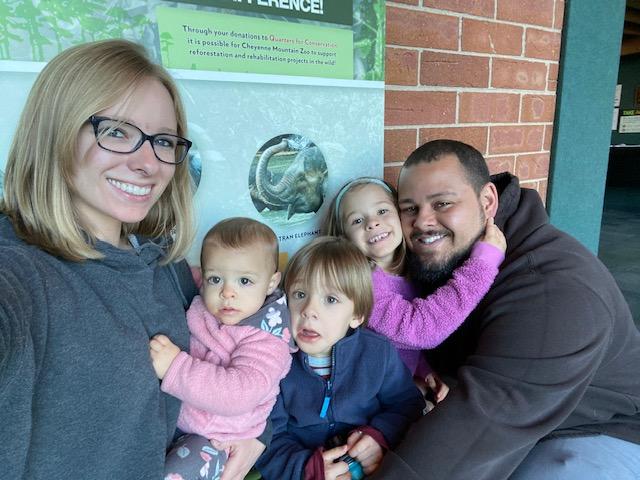 “This was my path,” said Gina Hardgraves, a mom of three from Colorado. “I had been working toward being a pharmacist, and I was not slowing down.”

Hardgraves is unique in that she does not have a bachelor’s degree. As an adult student, she contacted the PharmD program to know the path of least resistance to become a pharmacist. For the past three years, she had been taking prerequisites for the program. Hardgraves juggles school with parenting and an over hour-long commute to campus.

“I’m so excited to be here,” she continued. “It’s a challenge, but this is my goal.”

Hardgraves is one of the 104 students in the P1 class welcomed to campus this fall. The class of 2025 is one unlike any other. Just over a year ago, universities worldwide navigated online teaching, closures, and adjustments to make learning happen. As the new school year approached, the class knew the challenges they may face and decided to go forth anyway, in pursuit of a dream Darian Gamez celebrates the white coat ceremony with her family.

For Darian Gamez, a first-generation college student who identifies as Mexican-American, the goal is to be the first doctor in her family.

“I am the first of my siblings to graduate high school and to get a bachelor’s degree,” she explained. Gamez is also the first of her extended family to attend a university.

“My family is so proud of me,” Gamez explained. “Just over the moon. They are so supportive.”

She came to the pharmacy school on a mission to absorb as much as she can.

“I’m excited about how much I am learning,” she said. “There are so many opportunities to learn about the pharmacy field. I want to take in all of the information I am getting.”

After moving seven times to various places around the world, Yulia Nagai ultimately choose CU Pharmacy for its world-class medical campus and the opportunity to collaborate with other medical professionals. As the medical field evolves, collaboration between specialties is more important to provide patient-centered care. With new technology, care teams can access their patients faster and more accurately than ever before, potentially changing the way pharmacists do their jobs. For Nagai, the rapid pace of technology is part of her interest.

“I grew up in Japan, and herbal medicine is not uncommon there,” she said. “I learned about drug lag, which is a delay in [pharmaceutical] approval process. That lag is significant in Japan compared to other countries, so many people will turn to herbal medicine. My interest in pharmacy started with that.”

Yulia Nagai was heavily influenced by her childhood in Japan.

Nagai has been in the United States since she was sixteen and decided to stay for her graduate education to study pharmacy.

Agreeing with her is Daija Johnson. Johnson is one of eleven P1 students who took advantage of the remote PharmD learning option offered this year. A newlywed based in Hawaii, Johnson is four hours behind Colorado’s mountain time zone and joins her classes at 4 a.m. 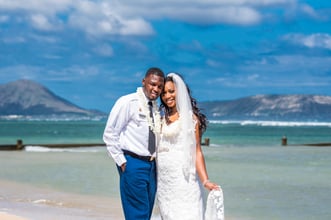 Remote P1 Daija Johnson is completing her degree from Hawaii.

“Can you see the bags under my eyes?” she jokes. Johnson applied when she was in undergraduate school and moving from South Carolina to Hawaii. She was specifically looking for a PharmD program that she could complete remotely.

“The field is so broad,” she said. “It’s not just ‘pushing pills.’ It can be anything. I found out that the head of poison control is a pharmacist, and wow, the fact that you can be the head of something like that, where everyone turns to you, is awesome.” As a remote PharmD student, Johnson faces different challenges than her peers, but her goals are the same – success. And like her peers, she is resilient.

The class of 2025 is one like no other. They are innovative, determined, and because of the pandemic, ready to build a career differently than those who came before them.