Hawaii will not implement a partial mask mandate, Hawaii Gov. David Ige said Friday as he evaluates whether to extend the state’s indoor masking rules past March 25.

While the Centers for Disease Control and Prevention loosened their masking guidelines for the vast majority of Americans, including all of Hawaii, last week, Ige has resisted calls to roll back the state’s indoor mask mandate to certain “higher risk” contexts, such as large gatherings, schools and prisons.

“We are aware that we could make a spot decision and try and decide in a situation-by-situation basis,” Ige said in an interview with the Honolulu Star-Advertiser’s “Spotlight” program Friday. “But we believe that it would be better to have the mandate or drop the mandate.” 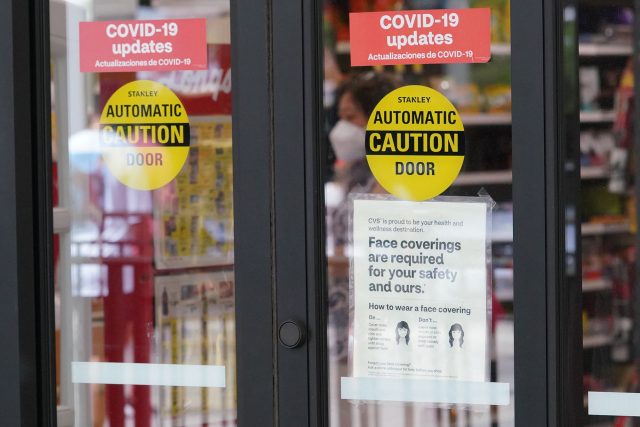 Hawaii is the last in the U.S. to maintain a statewide mandate as Covid-19 cases driven by the omicron variant gradually return to pre-surge levels, with nonvulnerable Americans in medium-to low risk areas no longer needing to wear masks indoors under the CDC’s newest guidelines.

About 70% of Americans lived in “mask-optional” communities last Friday, with all but one of Hawaii’s counties at medium risk. By Thursday, the proportion of American residents rose to 90%, and every Hawaiian island was rated low risk.

Ige announced he would lift most statewide Covid restrictions when Hawaii’s current emergency proclamation expires at midnight on March 25 but said he had not yet decided whether to extend the indoor mask mandate.

Hawaii recorded a seven-day average of 186 cases Friday, dropping 55% from the daily average of 415 cases reported two weeks ago, according to the latest state numbers. There are 74 people hospitalized with Covid, down from an omicron high of 401 people in late January. Four new deaths were reported, raising the total to 1,348.

Following the statewide mandate, the Hawaii Department of Education only requires students and staff to wear masks indoors except when eating and drinking, but it allows principals to require outdoor masking if necessary.

Some parents at one school, Mokapu Elementary, launched a petition to end mandatory outdoor masking that had garnered 470 signatures as of Friday. Ige defended the school’s masking policy, citing the inability to enforce distancing outdoors and on the playground.

“Having masks required in some specific situations on a campus, but not in others, really does create a real big burden in terms of school staff implementing and enforcing those kinds of situations,” Ige said.

Several statewide Covid rules are slated to end with the expiration of the emergency proclamation. Hawaii will no longer require domestic travelers to be vaccinated or test negative to avoid a five-day quarantine, and residents will no longer need to show proof of jabs or tests to enter state facilities.

Hawaii also will stop requiring current state and county employees to be vaccinated or test weekly, but Ige said new state hires will need to be fully vaccinated as a “basic requirement.”

The Covid pandemic has illustrated the broad powers state governors wield during emergencies, such as the authority to declare lockdowns or extend emergency proclamations in perpetuity.

Some in the Legislature have moved to limit the governor’s emergency powers through legislation, with bills that would give lawmakers the power to strike down extensions to emergency orders.

Ige is term limited as governor and will step down in December. However, he warned such restrictions would “tie the hands” of future governors.

“Nobody anticipated a public health emergency lasting two years, and I think it’s wrong for the Legislature to take action on this outlier of any event,” Ige said. “If you begin to nickel and dime and restrict the authority of the chief executive to keep our community safe, I do think the unintended consequences can really be great.”