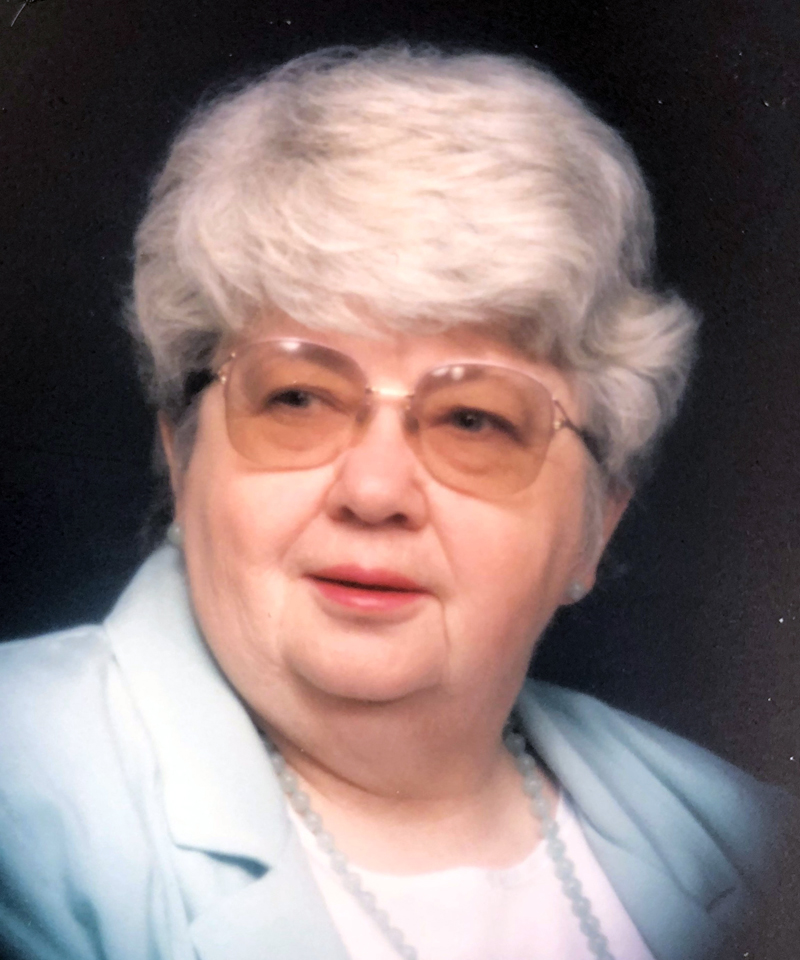 She was born Feb. 25, 1931, in a sod house in Goodland, Kan. Her parents were farmers, but her father had previously been a cowboy and her mother a teacher in a one-room schoolhouse.

After graduating high school in 1949, she earned a B.A. in English literature from the College of Emporia, in Emporia, Kan. and a M.S. in library science from the University of Denver in Denver, Colo.

As the wife of a member of the Armed Forces she lived in various locations in the United States and worked as a librarian at locations such as the University of Hawaii, West Point Military, and Loring Air Force Base, before settling in Bath and working in the Bowdoin College Library. At Bowdoin, she worked converting the card catalog from the Dewey Decimal system to the Library of Congress system. As part of her duties, she successfully catalogued library materials in languages that she didn’t speak, such as Russian.

After her retirement from Bowdoin in 1993, she accepted a two-year assignment at the University of Nevada, Reno Library, where she worked in cataloging Basque language literature, another language she did not speak. Upon her return from Reno, she returned to Bowdoin to work in a temporary, part-time position that transferred the paper record library catalogs form Bowdoin, Bates and Colby colleges into electronic format.

During her very long life, Donna was active with the United Methodist Women, Altrusa, and volunteered at Mid Coast Hospital. She traveled extensively after her retirement and wrote poetry and novellas.

Due to the current pandemic, no memorial service is being held. Her family will hold a private celebration of her life and remembrance at a later date.

In lieu of flowers, donations in Donna’s name may be made to the World Wildlife Foundation at support.worldwildlife.org; and the Maine Nature Conservancy at nature.org.

Arrangements are by the Daigle Funeral Home, 819 High St., Bath. Condolences may be made online at daiglefuneralhome.com.